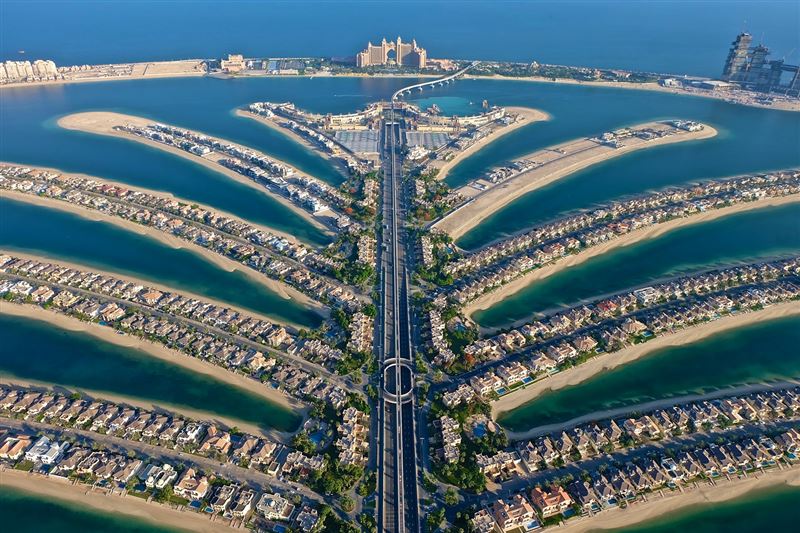 Dubai: Dubai’s property market recorded three Dh100 million deals in the first six months of 2021, with all three being on the Palm. The priciest deal was a whopping Dh119.5 million for a 12,138 square foot home – forming part of the XXII Carat’s Club Villas – on the island, while second-placed was the Dh111.25 million scored for a 11,950 square foot unit on Frond N.

It was a good first-half for XXII Carat, with two more placements in the Top 5, the third-placed Dh105 million and Dh89.18 million for the fourth costliest deal, according to a new update from Luxhabitat Sotheby’s, the property consultancy.

For the Palm in general, there were seven entries in the Top 10, adding up to an impressive Dh600 million plus. The priciest non-Palm deal was for a fifth-placed Bulgari Resort home on Jumeira Bay, which sold for Dh87.5 million.

The latest deal table shows that luxury properties in Dubai are spending less time waiting for a buyer these days, as investors, local and overseas, zoom in to pick them up before prices head higher.

Market sources say within Dubai’s super-premium residential space, asking rates have now increased by around 2-5 per cent from 2019 levels. The best part, according to them, is that the frequency of sales of these homes are increasing.

Palm Jumeirah scores hat-trick “This exponential growth in high-net-worth end user buyers is here to stay and it will increase the demand for luxury sector properties through 2021 to next year,” said Chris Whitehead, Managing Partner of Luxhabitat Sotheby’s International Realty said. “The post-Covid resilience of UAE’s economy is attracting immense wealth from across the world and specially from Europe, England and Americas.”

Watch out for Dubai Hills

Market sources say in the coming months, Dubai Hills’ mansions and super-luxury villas will be the other hotspot to watch out for. Market feedback is that there are a growing number of high-value listings taking place, and all that the location needs is a definitive deal to happen and raise the collective spotlight on it.

Palm Jumeirah scores hat-trick, In the second quarter, the Palm pulled in the highest deal flow – Dh4.2 billion – among Dubai’s prime residential locations, with MBR City and the Downtown in second and third spots with Dh2.43 billion and Dh2.41 billion, respectively. The Al Barari enclave had the highest growth in sales – 2.1 times what it recorded in the first quarter.) Villas and apartments in the villa space, the average selling price during the second quarter was Dh8.04 million, which, surprisingly, was lower than the first quarter average by about 1.65 per cent. “However, the sales volume for prime villas in Dubai at Dh5.9 billion increased by over 48 per cent from the previous quarter. – indicating keen buyer interest continuing from last year and Q1-2021,” the report said. “We have seen an increased demand in villas above AED 100 million being listed.”

Dubai Real Estate Back in Demand; Prices to go Up